A fabulous weekend in the East of Scotland!

Friday May 31 we left Dronten to drive to Amsterdam Schiphol airport for our Scotland weekend. With a short delay, we arrived at Edinburgh airport where Janice and George Graham already arrived to pick us up and drive us to our hotel (The Chainrunner) in Livingston. We checked in and after dumping the suitcases, we went to the Chainrunner pub to enjoy diner and some drinks. 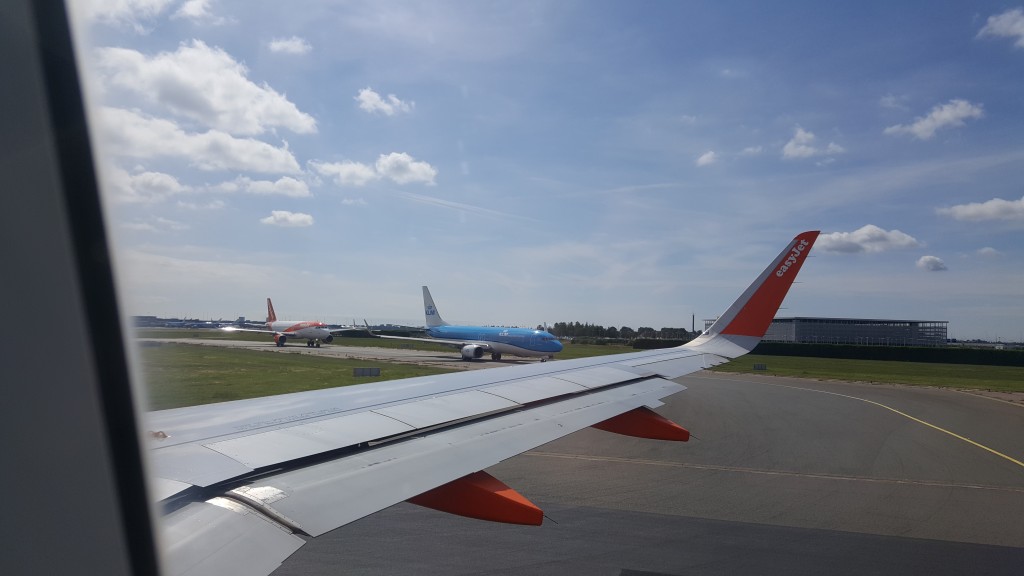 In the morning we met Mady, Jurgen and Jasper during breakfast. 08:15 Jo Imrie picked us up and drove us to the Xcite Sportscentre where the 2019 edition of the East of Scotland Open adaptive judo championships would take place. In the next minutes the rest of our friends arrived, great to catch up with you all! After my warming up, I found out that my competitors were Tommi Imrie and Anna Purvis, both mainstream judo players. My first fight against Anna ended after 3 minutes without any scores on the board. After 1 minute golden score the match wasn’t decided so the referee choose me as winner by hantei. Also Tommi was tough to fight but in the end phase of the fight I scored ippon with o goshi. In the third match I’ve had to fight Anna again and I succeeded to throw her with o goshi which scored ippon. In the last fight Tommi and I didn’t score in the first three minutes. In the golden score I won the fight with a hold down (ippon) and became East of Scotland Champion again. 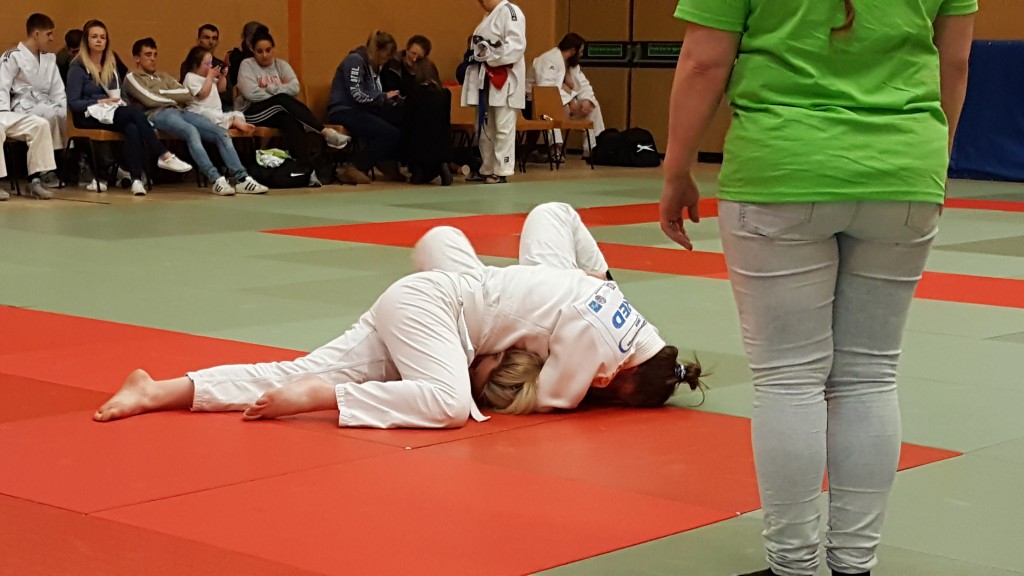 The medal ceremony ended at 15:00 h so time to go back to the hotel and a visit to the Livingston Designer Outlet and the Centre (an huge shopping mall). I was lucky and found a very nice denim jacket with almost 70% discount! In the evening we have had diner in The Chainrunner pub with the McDermott family, Hanna, Mady, Jasper, Jurgen and Jo Imrie, so great company. We’ve had a great meal and tons of fun. The evening was over before we knew it and left the pub as the last guests. 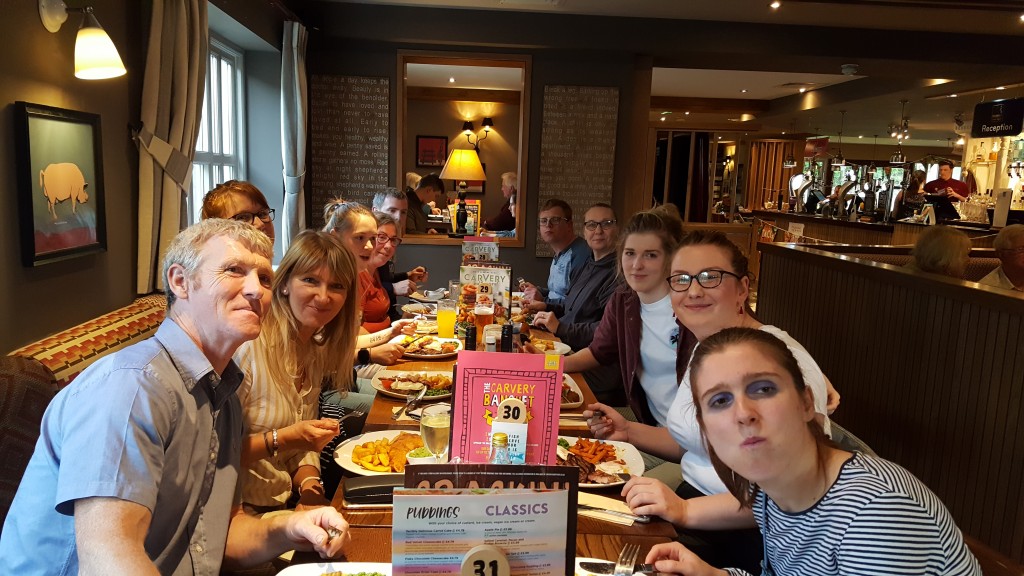 Sunday morning we enjoyed breakfast with the McDermotts. Since Kate and Hanna planned to visit Edinburgh as well, they were so kind to drive us to our hotel (Edinburgh Townhouse) where we said goodbye and checked in. The owner gave us a lot of tips for our Edinburgh city trip. The city center, where most of the attractions and interesting places are located, is quite compact. It’s a good training to walk around the city because it’s built on a dead volcano, so pretty hilly. We walked towards the old town and after a while we climbed to the top of the volcano where the Edinburgh castle is built. We bought tickets for a visit, which was impressive. We learned about the history of Scotland and enjoyed the castle and the great view from it. After this we walked down the Royal Mile, a long street with characteristic old buildings, shops, pubs, restaurants and street artists. We had diner at Franky & Bennies, a restaurant we knew from our visits to Aylesbury. After diner we walked back to the hotel. 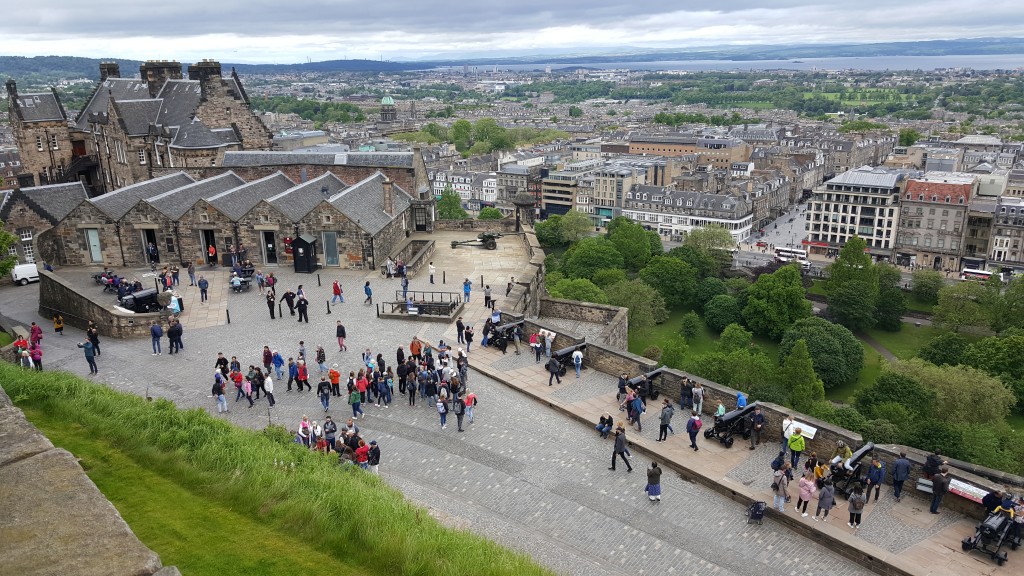 Monday we checked out and walked to the bus station at Andrew square to store our luggage in a locker. After buying breakfast for my parent (and myself) in the Waverly mall, we walked to the Old town and walked the complete Royal Mile up and down. In the afternoon we’ve enjoyed a delicious lunch in The Castle Arms pub, followed by the Harry Potter walking tour. During this tour, the guide told a lot of interesting facts about JK Rowling and visited a lot of locations which inspired her to write the Harry Potter books. It was a great tour and we had some time left to visit the Magic Potions Tavern, the only place in Edinburgh where Butter Beer is served (which tastes very nice!). After finishing the Harry Potter drinks, we walked back towards Andrew square to get our luggage. After this, we walked to the tram station and bought tickets to the airport. The security check took some time, which didn’t matter because our plane was delayed for one hour. We had some drinks and food in the Wetherspoon bar and finally we could board the plane which landed 23:15 in Amsterdam. Finally we arrived 01:00 at home. 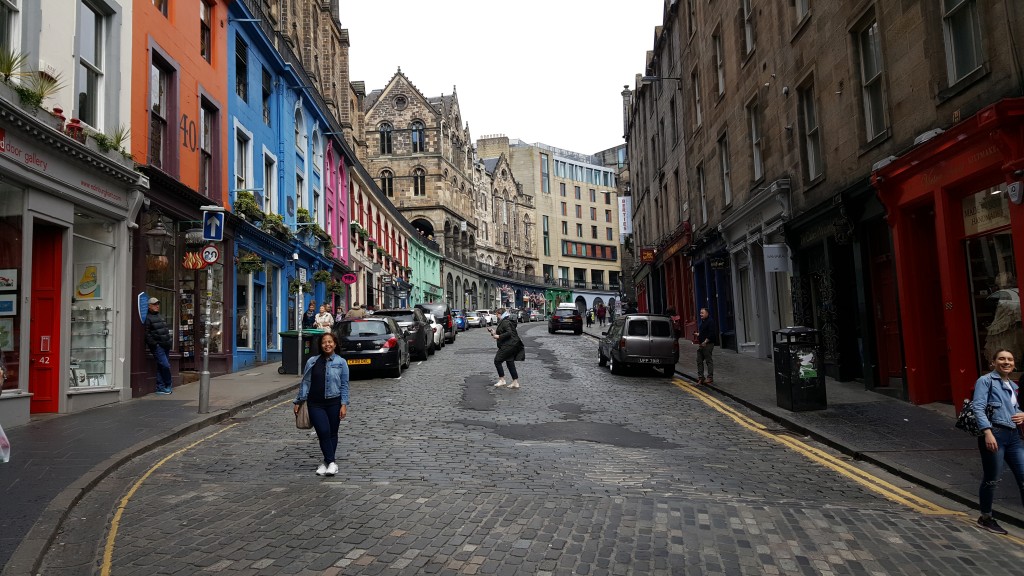 Time flies when you’re having fun. It was a fantastic weekend and Edinburgh is a great city. See you next year!