Since 6 years, we start the new year traditionally with the “Donderslag tournament” in Meeuwen-Gruitrode (in Belgium), a fantastic event in which both mainstream and special needs judo are combined, for all ages and levels. Mom, dad, Caitlin and I drove on Friday towards our accommodation in Roompot Weerterbergen (Weert), at the Dutch-Belgium border. After checking in and unloading our stuff, we walked to the central plaza with shops and restaurants to have lunch. In the afternoon we had fun together and had a great diner.

On Saturday, we left our accommodation early to drive to Meeuwen-Gruitrode, where we also met our judo friends from England and Scotland. In the morning, the mainstream players -15 and -18 were fighting. Caitlin’s category (18 years and older) was scheduled for the afternoon. Unfortunately she had only one opponent from Belgium so they had to fight best of 3. Caitlin won the first fight with ippon score but made a mistake in the second fight and lost it. The third third and final fight had to decide who would win the gold. The fight was exiting and close but Caitlin played very tactical and her opponent received 3 shido’s so hanseku-make and the gold medal for Caitlin! Besides the gold, Caitlin also a new judogi. A great result on her last judo tournament! 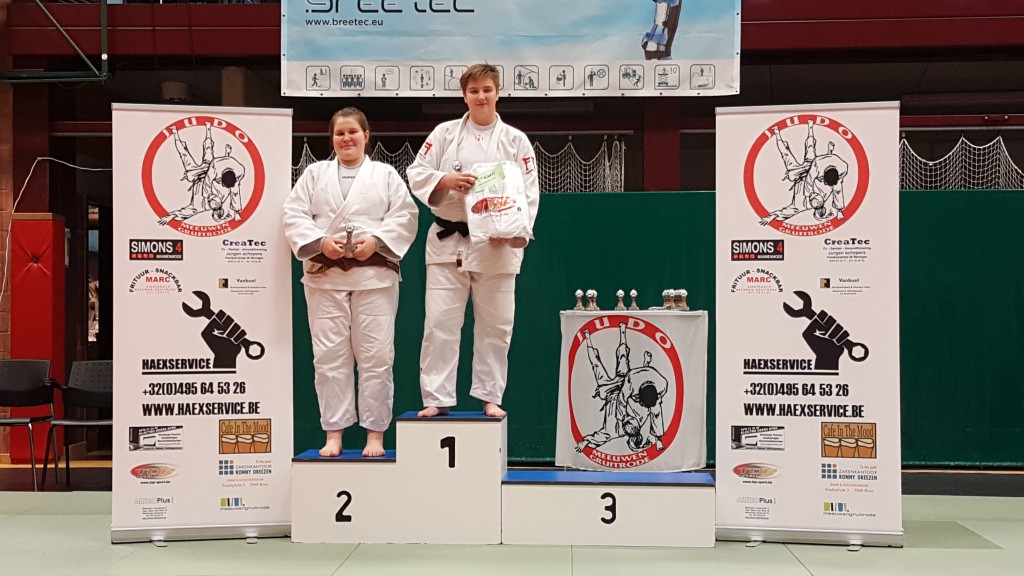 After the last match in the afternoon, the overall raking of all participating judo clubs was presented and Shoganai Judo Dronten won for the second year in a row the first prize! In the evening we watched the ne-waza competition for a while and drove back to our bungalow in Weert. The next day, we got up early to check out and go back to the venue. In the morning, the youth -13 and -11 mainstream players were fighting for the medals and our Shoganai warriors did great! We ended on the second place in the overall club ranking!

In the afternoon it was my turn to fight. My pool (level 1, -70 kg) was very nice, three competitors so three matches. My tournament started with a match against Carina Niemeyer from Germany. After 26 seconds I scored ippon with o soto makikomi and won the first game. Also the second match (against Jenny Öster Hall from Sweden) went very well and scored ippon after half a minute with the same technique. Bonnie Hendrix was my last opponent. I managed to score wazari which 43 seconds on the clock and managed to hold onto this lead to secure the gold! Both my sister and me becoming champion, is a great start of 2019! 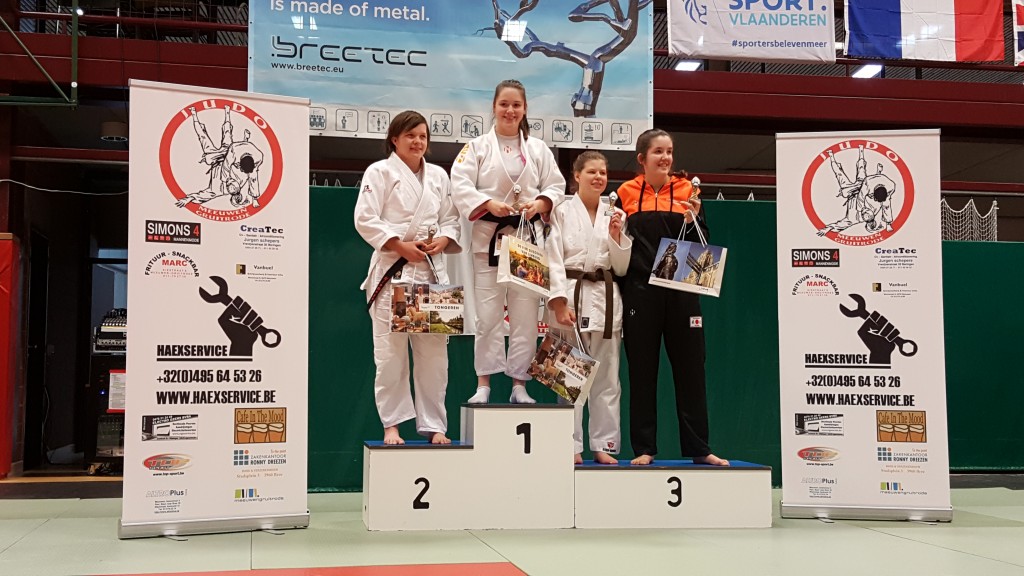